Whether for your own internet presence, social media, trade fairs, product presentations or for training purposes: the importance of videos is growing and the medium of film is often the centre of marketing and product strategy. We have the ideas that inspire.

Schott AG is a leading international technology group in the fields of special glass and glass ceramics. The company stands for innovation in glass and calls for challenges with "Challenge glas! Three short films by Intervideo take up the most diverse areas of application emotionally. 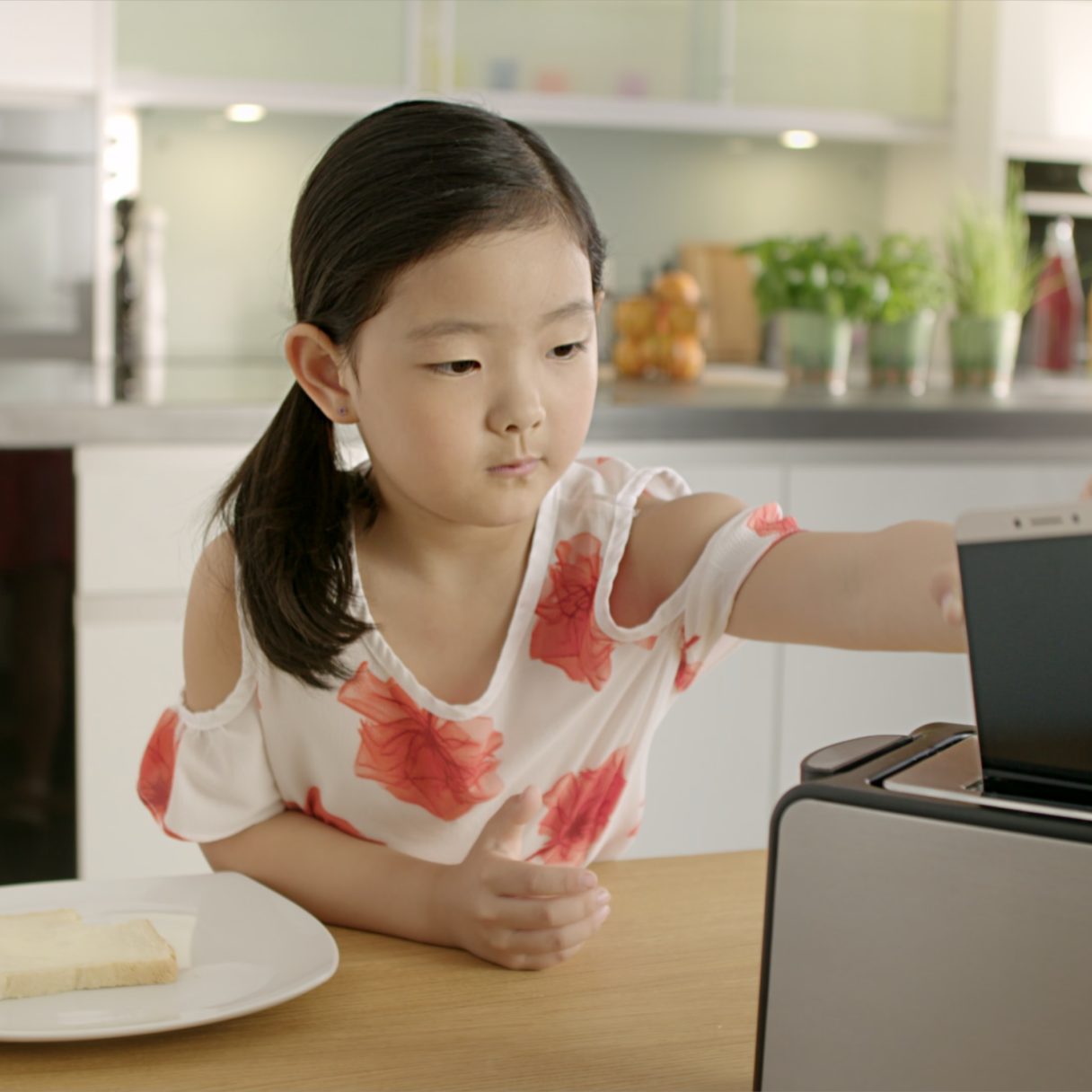 A technical masterpiece made in Germany and a beauty: the Siemens GEAFOL. When a product like this comes onto the market, everything has to be right. 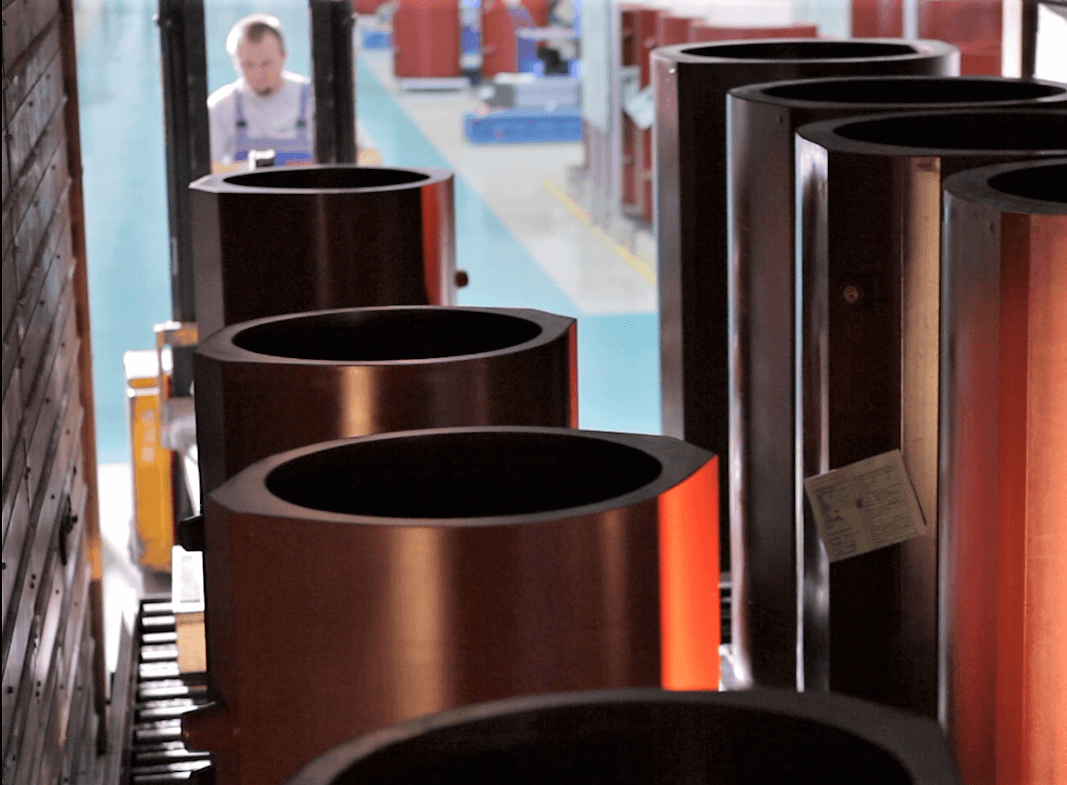 The product film about gas-insulated medium-voltage switchgear from Siemens focuses on the product feature "climate independence" with impressive images. 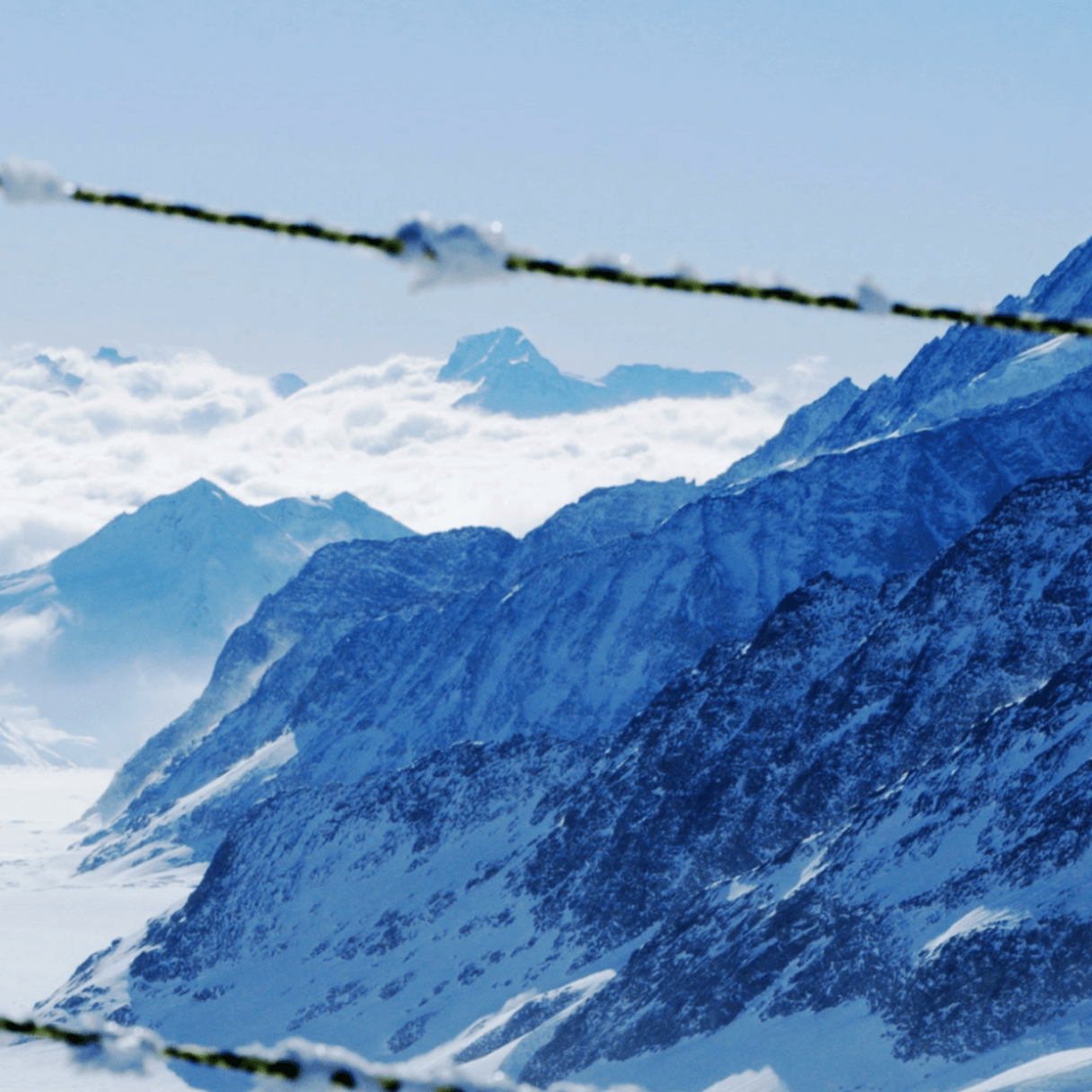 euromicron AG enables companies to network business and production processes in the age of digitalization. The image film for the showpiece company focused on the visualization of these networks - thanks to 3D! 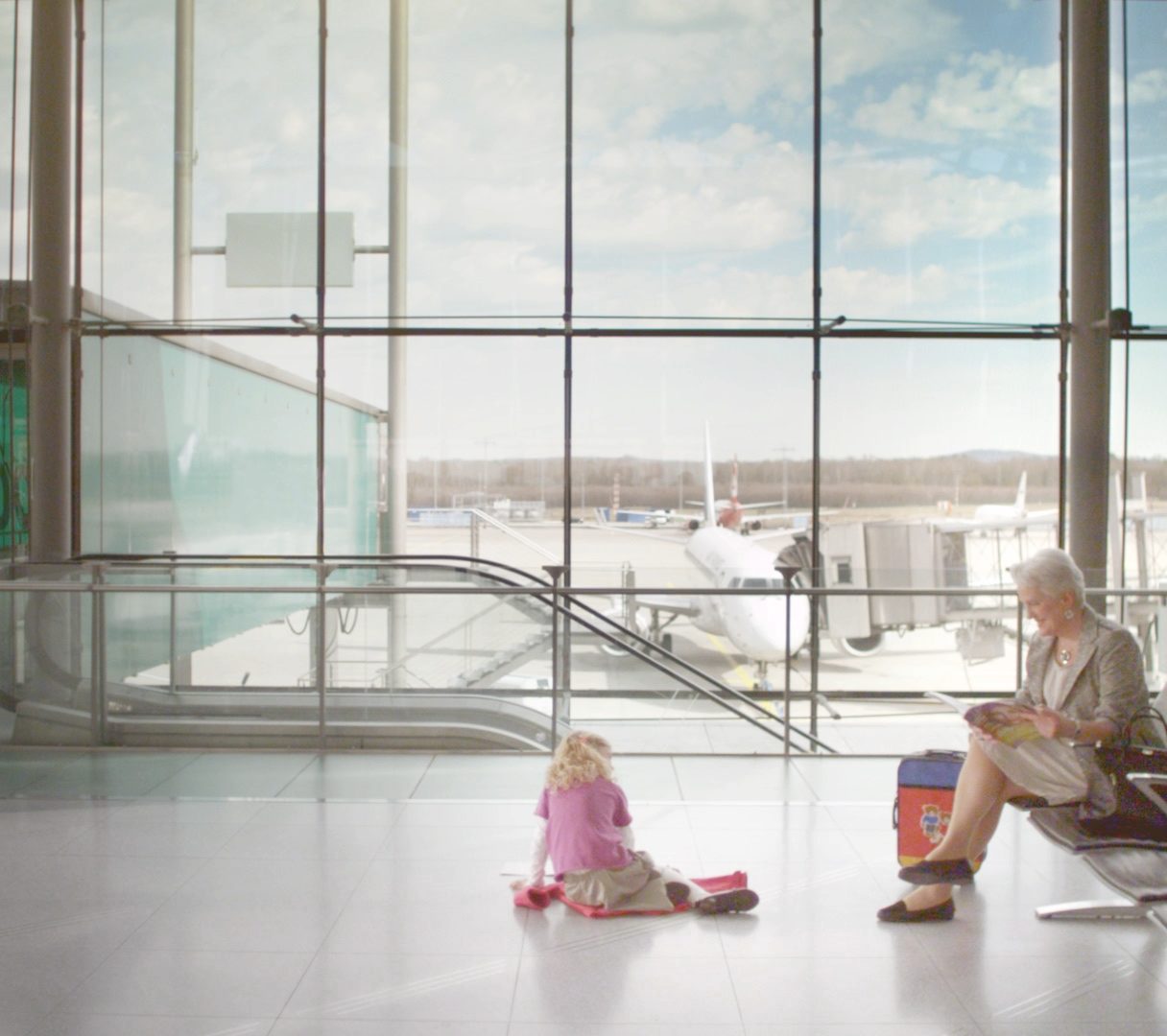 A professional printing press prints brilliant pictures, magazines or illustrated books at incredible speed and in highest quality. The results are impressive. For the launch of the Océ ColorStream 6000 Chroma, we also wanted to show the inner values and other great features. 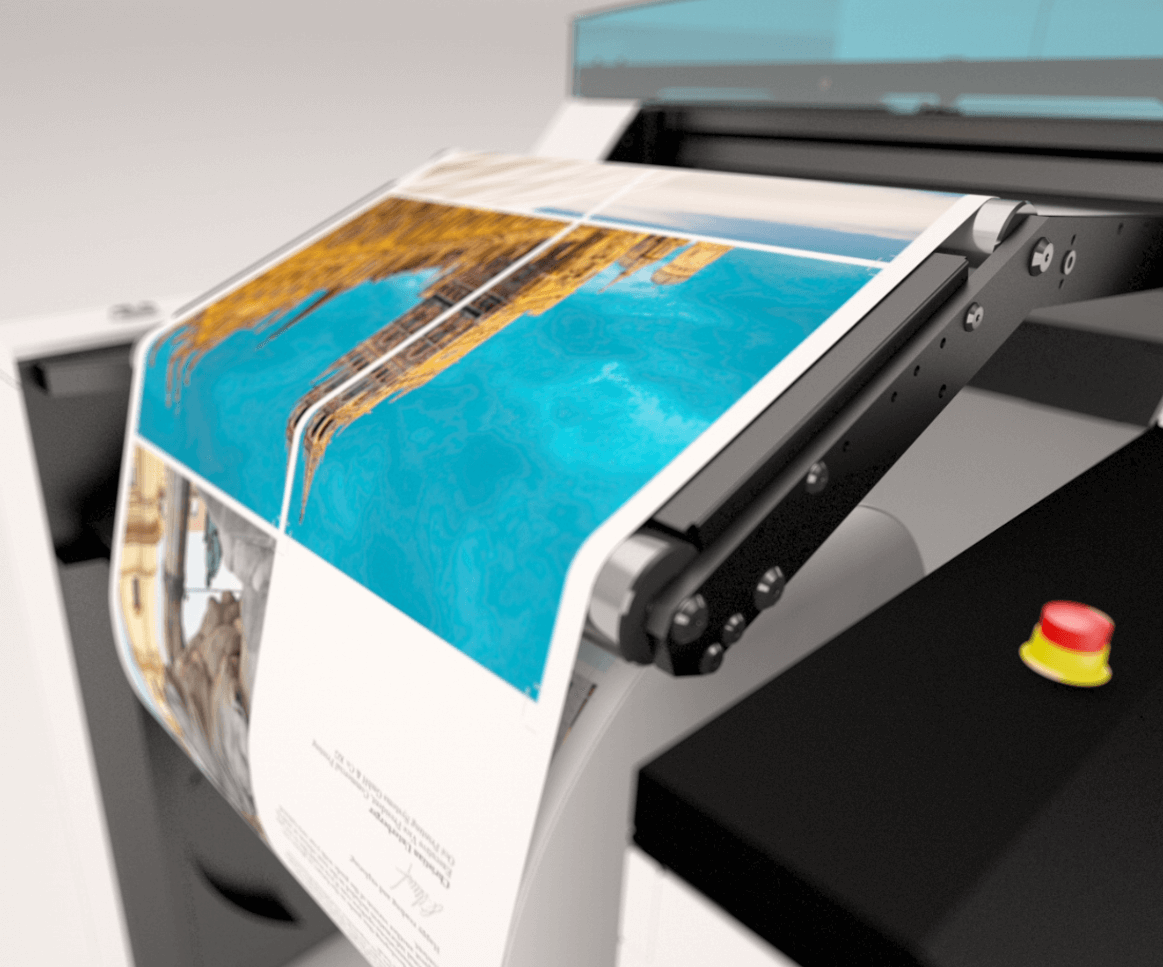 „Film and video are on the rise. Especially through the social media, especially Facebook and YouTube. It is clever to try out something new in film production, e.g. the image film with Real/3D combination or the product film in 360 degrees." 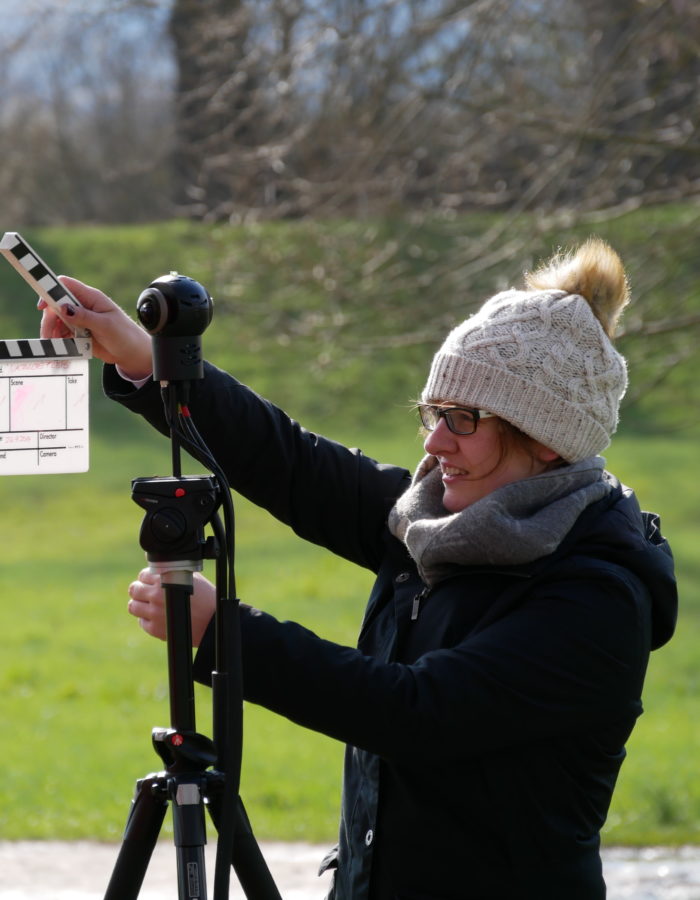 You need an offer? Or you are not sure whether an promotional film will really benefit your company? Call us, write us – just as you like. We will be there for you!

How much is a professional promotional video?

How much does a video cost? You probably already know the answer to be expected: “Depends.” The situation is no different with corporate films than in Hollywood.
If the scene of a family series is filmed in a kitchen, it is relatively inexpensive. But when a man in a red superhero suit arrives and lifts the house and kitchen out of the foundation, then everything gets much more complicated and the mixture of green screen shoots and CGI (Computer Generated Imagery) requires a much higher budget. If Robert Downing J., a renowned composer, is also hired, then this will be a really, really big number.

With your image film, however, fortunately you don’t have to entertain the masses for two hours. And even if Robert Downing was sure to be a firecracker, you don’t need him. And you don’t need millions either. Unlike in Hollywood, the lion’s share of the budget for corporate films is not spent on the start fees and usually not on the shooting itself, but rather on the preparation and follow-up described above, which ensures that even on a day of shooting, for example, when only one is on the schedule and that the previously rather unexciting raw material later becomes a real diamond through editing, colorgrading and soundtracks.

That’s why it’s so important that there are good people at the start, not only in direction and camera, but at every point in the entire process. The adage “the chain is only as strong as its weakest link” applies to corporate films one hundred percent.
An agency will no longer demand anything because it has references such as Siemens, Mercedes, Allianz, Sixt or Hornbach. These companies have chosen the agency after long research because it is good and there is no weakest link.
But let’s take another typical example from the advertising industry: “The picture begins on the chrome rim of a classic car, in which a cool-looking man is reflected. The picture opens, the camera moves upwards and you can see an endlessly long road. On the horizon, the sun disappears.” It’s a nice scene. If you want something similar – here is the list of ingredients:

As you can see: quite a lot, but feasible. Cost: probably in the 6-digit range. If we omit the sunset, it will already be cheaper by a good 5-digit euro amount.
If we turn this classic car into a small car, it will be even cheaper. But not so nice anymore. This game can be continued at will.
The example may have been a little flippant, but the described effort is not. There was hardly any talk of conception, pre-production or post-production, because the storyboard, for example, requires a great deal of creative and planning work. At all tasks good people, who of course have their price. For a price, there is a clearly defined service provided within a certain period of time.
One could also approach the matter from a different perspective and ask: What do I get for, say, 2,000 euros? Let’s say the sales director Europe has surprisingly announced himself to make a statement in your company. You want to take the opportunity to record an interview.

The whole thing is shot in one day and costs about 2,000 euros. You will then have an uncut interview. You could use it for post-production, combine the speech with existing graphics, add some nice music and a little speaker commentary, and you’ve got a professional motivational film that’s quite something. Depending on which of the above-mentioned components you would also like, the finished film costs between 5,000 and 15,000 euros. So it’s not the number of minutes that determines the price of a film.

How and with what effort is such a film project realized?

Even if you are just thinking of commissioning a film, you should contact an agency. They will be happy to advise you which of the types of film mentioned above is suitable for which type of film. Maybe you finally want an image film on youtube, but to be honest, it won’t help you at all, but maybe elsewhere. But maybe you didn’t have the social media in mind yet, but the marketing professionals of the film agency are of a completely different opinion – the main thing is to talk about it.

Once you have decided to have a film produced, the agency goes to work. To do this, it requires some information from you that is necessary for planning. You will find corresponding checklists in the appendix to this document. These data are then incorporated into the concept, which marks the beginning of four steps in film production:
Step 1: The project phase incl. conception
Step 2: Pre-production
Step 3: The shoot
Step 4: Postproduction

Every step is important and every step must be right. So the shooting can never go well if the pre-production work was not clean and the post-production turns the film into a real film. But now let’s go over the steps in detail.
Step 1: The project phase incl. conception If the decision has been made to start a video, for example an image film, then the process itself begins with an idea. With the idea, to be precise. It is not only the starting point, but carries the whole film. It is often not easy to find this idea. But it has to be done. Because it makes the difference between a good movie and a bad one. That’s why it’s important for an agency not only to have good technicians on board, but also these guys who shake ideas out of their sleeves at the push of a button. Some may not be the Holy Grail, but then it is there. Only when this very special idea has been found is work started and a clean concept for the project developed. Sometimes the conception phase does not require more than a short briefing on the phone and a text vote. But conception can also mean: Brainstorming, sketching ideas, research, exposé and filing the script. During the design phase, the time schedule and budget are also roughly defined.

Step 2: Pre-production Everything necessary for the implementation of the shoot is checked in pre-production to ensure that the budget in particular does not remain “rough”. We continue to work on the script so that we can deduce from the scenes which locations are needed, how many people are involved in front of and behind the camera, which equipment is necessary and even accommodation and food. An experienced agency usually has access to a pool of talented people and reliable partners: cameramen, make-up artists or a service provider who rents out some of the necessary special equipment. In the course of these searches, an exact picture emerges. In the end, it is clear from when to when with whom and with what where to shoot and how high the costs will be. In other words, let’s get started!

Step 3: Shooting After thorough planning, previews and casting, everything is well prepared. However, there will always be unexpected events. Sometimes the machine, which was supposed to be big in the picture, is very dirty and hardly presentable, sometimes a scene doesn’t work as well as it looked on paper. In contrast to photography, the time axis therefore plays an important role in film. Some scenes will be shot again and again until everyone is satisfied: Director, camera, sound. The scene must not only function without errors, but also at the correct tempo. That could be a while. Even if you have one hour of tape per day, it won’t be more than 2-3 minutes of film. They’re really good then. After hundreds of such projects, however, you can rely on the experienced film agency to plan unforeseeable things as a buffer.
Step 4: Post-processing The film is created during post-processing. This is often the most exciting phase for the filmmaker: Because editing and post-processing are an individual, very complex and demanding design step. In order to get the best out of the turned raw material, a lot of creativity, tact and high professional skills are required.